The U.S. Truckload Market is Heading for Crisis Again 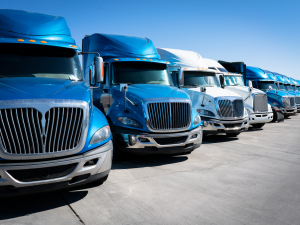 Early 2020 warnings of a tightening freight market have proven to be remarkably prescient, even if the underlying reasons may have shifted.  Deep into the COVID-19 crisis, the American freight economy remains surprisingly resilient and robust.  Truckload (TL) carriers are back to turning-down loads, less-than-truckload (LTL) carriers are rejecting tenders and refusing volume shipments, and the overall pricing environment is looking frothy.  Once again, shippers are facing big pricing headwinds, just like they did in 2018.

The big pricing runup in late 2017 and through 2018 took TL rates to new record highs and caused enormous pain and disruption for shippers.  When the US truckload market finally began to contract in the spring of 2019, shippers breathed a sigh of relief and began locking in lower rates.  But by late 2019, true to earlier predictions, shippers were once again having trouble finding capacity at pre-negotiated contract rates.

In early 2020, even as COVID-19 began to chip away at demand, the trucking market remained surprisingly strong.  Rates have continued to climb since that time.

Most indications show that these demand growth trends will continue over the longer term, although the current spike in Coronavirus infection rates may cause further issues through Q1 2021.  Expectations are for continued positive economic growth as COVID-19 is eventually brought under control with newly announced vaccines from Pfizer and Moderna.

Once again, discussions with clients and carriers suggest that it has been exceedingly difficult to cover loads. As before, this pain is especially sharp for shippers with low negotiated contract rates who are unable to get trucks and are now paying premiums to get their loads moved.  In other cases, LTL and TL carriers are unwilling to participate in sourcing events or commit new capacity.

How do we explain this seeming contradiction where trucking rates are high, and capacity is tight during a time of high unemployment and in one of the largest recessions ever recorded?

Factors involved in the recent runup of pricing include:

Rates will continue to rise

Overall, spot truckload rates have risen 33% in the past year, and contract rates have risen 7% in the same period according to DAT.  Against a background of a deep recession, the strength in trucking rates has been striking.  PLG Consulting feels strongly that shippers can expect rates to rise further as we head into 2021.

Smart shippers are leveraging their existing relationships and finding new ways to add capacity.  As in the last runup, rate bidding may be appropriate to capture and lock-in capacity but is unlikely to generate savings in the current market.

PLG Consulting recommends new approaches that go beyond pricing negotiations.  These include:

Regardless of these or other measures taken, ensure that you are a shipper of choice by creating safe and efficient conditions for drivers at your facilities and work to reduce loading and unloading times.

Challenging market conditions require flexible thinking, creative approaches, and new skills.  Innovators develop winning strategies that directly address external conditions, no matter how difficult, and ultimately create a competitive advantage.  Sure, we face a lot of headwinds, but we also know how to tack.  Pay attention to the trends, adjust your course accordingly, and then work hard to deliver on your commitments.

Does this raise more questions?  Want to learn more?  We are here to listen.  Please use the contact us link below or reach out via phone.  We would love to hear from you. 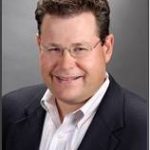 Jon is an expert in operations improvement, transportation, logistics and supply chain management.  He has over 30 years of experience in truck freight, small package logistics, and supply chain. Jon has strategically sourced over $150 million in dry van, TL, LTL, bulk, rail, and specialized logistics spend.  He has also designed comprehensive logistics models for major global and domestic retailers, distributors, and manufacturers.

For nearly 20 years PLG’s team of experts has been providing logistics, design, operations, and strategy consulting for a wide range of clients. We have the most experienced team in the field of freight shipper consulting with the widest breadth and know-how covering all aspects of truck, container, ship, rail, and barge transportation.  Our services include network optimization, commercial negotiations, operations, engineering and design, technology, site selection, fleet sizing, and economics.