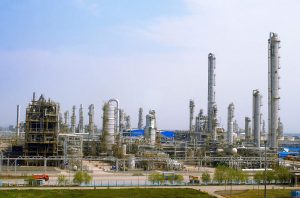 In the wake of COVID-19 global oil and gas price fluctuations are affecting virtually all chemical markets, including resins. Companies who produce and sell these chemicals are asking experts to predict the future outlook of pricing, production, the US competitiveness and demand for exports relative to this recessionary period.  Additionally, PLG is looking at the downstream impact of these industries on its shippers and service providers.

PLG Consulting gathered a panel of experts this week to discuss the implications of COVID-19 on market conditions, specifically related to the topics of:

Introduction: Chemicals has been a core vertical for PLG since its inception.  With a unique vantage point combining logistics, supply chain, and key chemical market drivers, we help shippers, carriers, and investors reduce costs, mitigate risk, and invest wisely.  Over the firm’s 18 years our experts have witnessed numerous disruption events and we are pleased to share some of those experts’ insights to help our clients and friends in the industry navigate this challenging time.

Graham is the CEO and founder of PLG Consulting. He formed the business in 2001 following a successful logistics and supply chain career including experience in Class I and short line rail, bulk trucking, transloading and warehousing. As CEO of PLG, Graham continues to set the standard of excellence for the more than 50 expert logistics consultants who deliver projects for PLG’s clients.

Q1: What is your current view of the forecast for crude oil prices?  Any prediction on how low can they go?

David Raden:  Crude oil prices are running in the mid-$30’s/barrel for Brent crude (sweet light crude oil) and the mid $20’s/barrel for WTI (West Texas Intermediate).  The market is very volatile and moving with news concerning the COVID-19 virus, countries economic stimulus packages, and OPEC+ production forecasts.  In the research we have done with industry consultants, investment bankers and other sources in the past weeks, the consensus is that Brent crude oil will average in the low $30’s/barrel for 2020.  As we enter 2021, Brent is forecast to move into the $40/barrel range and back to more normal ranges of $50-$60/barrel in 2022.  These predictions are under the assumptions that the COVID-19 virus gets under control in the US and Europe sometime in the month of April/May, and that Russia and Saudi Arabia don’t flood the market with an abnormal amount of crude oil.  So, realistically you are looking at $30’s this year, maybe mid $40 next year and going higher into 2022.

Q2: In the event that the COVID-19 virus lingers longer, what can we expect to see as a worst case scenario for oil prices?

David Raden:  The doomsday scenario on crude oil is that the virus goes uncontrolled into May/June and Saudi Arabia and Russia flood the US market, causing oil prices to go as low as $10-15/barrel.  That would be an extreme case and would then in turn take much longer for the prices to climb back to the $30/40/50’s per barrel levels for Brent crude oil.

Q3:  What is the impact of all of this for national gas prices and its production?

David Raden:  Historically, gas prices and crude oil prices are disconnected and move differently in the US than in other countries.  Gas prices in the US have been averaging between $1.50 – 1.80/MMBtu in the past few weeks due to the mild winter and have been immune (thus far) to the drop in crude oil prices.  Conversely, companies will be cutting back on drilling, capital expenditures, and operating costs.  The result is there will be an overall decrease in crude oil production between now and the end of 2020, resulting in a -5 to -7% range reduction in gas.  If gas demand rises, we could see gas prices in $2-$3/MMBtu range from summer to winter but within the normal range.  In summary, gas is basically not affected; there will be a decrease in gas supply with a slight corresponding price increase depending on weather.

With a 40-year career at Eastman Chemical spanning energy, materials, logistics and chemical procurement, David is an expert in driving procurement and supply chain value.  David established himself as the resident expert in oil and chemicals commodities forecasting and planning, helping to set corporate strategy and growth initiatives.

Q4: Additionally, what do you see as the impact on the competitiveness of North America resin production versus the Middle East production?

Roberto Ribeiro:  With gas prices in the US below $3/MMBtu, the plastic resin production in North America will remain one of the lowest cost players in the world.  Important points to note include:

The more important question to ask is what the North American resin competitiveness is compared to NAPHTHA-based regions versus the Middle East.  Because NAPHTHA-based regions (e.g. Europe, Asia, and Japan) are oil-based, they become more competitive as oil prices decline.  For example, if oil prices are at $50/per barrel, the US polyethylene production cost is about half of a Southeast Asia producer.  If oil prices drop to $30/barrel the difference in price between the US and Asia becomes less relevant when adding freight to destination ports, and the competitiveness diminishes.

However, plants in the US will be able to use gas and produce resin at full capacity.  In a recession scenario, we expect to see some producers idling production of smaller plants or planning regular maintenance which could impact capacity but by less than 10%.  Plant shut-downs are a last resort due to integration, long-term contracts, take or pay contracts and upstream side production displacement issues.  Instead, in the short-term petrochemical companies need to try and reduce their operation rate by running at 80-85% capacity versus shutting down plants.  For the longer-term there is no reason to predict that the production of US resins will decline.

The petchem industry in the Middle East is relatively new with most plants coming online after 1990.  Currently there is not additional resin production capacity in the Middle East that is idle today. China seems to be coming back to normal production capacity in the last month with polyethylene plants running at utilization rates in the high 80’s/low 90’s.

ROBERTO RIBEIRO, Senior Consultant Roberto is an expert in the petrochemical and plastics industries with 20+ years of experience in marketing, strategy and sales development. His business experience spans the globe with specific expertise in the Latin American market, having worked for one of the largest petrochemical companies. Roberto is well-versed in providing market analyses, pricing, trends and market drivers for petrochemical products and applications around the world.

Q5:  What is the short and long-term view of the change in demand for resin exports?

Dean Piacente:  In the short-term the US continues to see strong resin exports that continue to look steady and even gaining over last year.  While we are hearing that plastic carloads are dropping, we are seeing other sectors like packaging, agriculture, food, medical and personal care items peaking.

Europe remains at challenge socially and economically and depending on oil prices, some European companies may become more competitive with exports.  Most US companies have production in Europe so the strategy for those companies is to maximize the value of all plants, selecting how to better supply their customers with a single strategy.

Regions where we see the potential for significant slowdowns in resin shipments include India and South America where we may see the effects of COVID-19 last longer.  This will have a longer-term effect on the ability of US producers to export to these countries.

Dean brings over 30 years of sales, marketing and financial planning experience to his teams, and was previously responsible for CSX’s largest industrial products segment. He is a respected leader in the rail and intermodal transportation industries and is experienced in strategies to help companies reduce costs, mitigate risk, improve service and gain competitiveness.

Notwithstanding the near term disruptions of COVID-19 and a likely recession, the long-term fundamentals for global chemicals and resins demand remain strong.  The US chemical industry build out is built on a foundation of 1) sustainable low cost ethane feedstock supply and 2) increasing demand that is driven by modernization and population growth in the developing world.  Taken together, those factors will support the continued global market opportunity for US-produced resins and other basic chemicals.  Although the Middle East has its own inherent advantages relating to low feedstock costs, it cannot alone supply the growing demand and the US will always be competitive in “home” markets of Latin America and “battleground” markets of Europe and Asia.  While there may be a slowdown in FID for new US chemical plant announcements, the US export opportunity is here to stay.