PLG’s consultants are multi-modal experts in all areas surrounding the industrial economy’s transportation and logistics. We are made up of senior-level strategists, operations experts, analysts and project managers, a majority of whom have 20+ years of real-world experience.

We love speaking at events and conferences and bringing a level of focus to supply chain and logistics that helps our clients reach their business objectives. 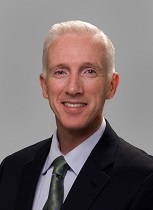 Graham is the CEO and founder of PLG Consulting, forming the business in 2001 following a career in the railroad and trucking industries. His various operations and business development roles helped to identify the market need for objective, expert consulting services for shippers, transportation companies, financial firms, government entities, and other stakeholders in the world of logistics.

Graham began his transportation career at Burlington Northern Railroad, performing operational and financial analysis in the areas of asset deployment and utilization, network optimization, and yield management. He later served as a Trainmaster at the Chicago, St. Louis, and Ft. Worth terminals, where he developed and implemented new management methods for railroad terminal operations.

Graham lives in Oak Park, Illinois with his wife and two children. He is a graduate of the University of Iowa. 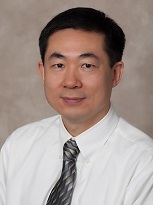 Larry is a results-driven, thoughtful leader with over 25 years of experience leading, managing, analyzing and developing supply chain and logistics enhancements in the manufacturing industry. As Managing Director, Consulting Services, Larry leads company-wide performance and service initiatives focusing on execution and process improvements.  His expertise includes supply chain optimization and transformation with a focus on strategic sourcing, category management, network footprint design and optimization, transportation improvement, S&OP as well as other supply chain related strategies. Holding an MBA from Purdue University and degrees in mathematics and engineering, Larry brings a unique, 360° perspective when setting the strategic direction of PLG’s consulting engagements.

Larry began his career providing integrated IT/IS solutions to customers with a focus on manufacturing and supply chain planning and execution. He then moved to network planning for RR Donnelley, a Fortune 500 integrated communications company, where he was responsible for developing the most economical and efficient way of maintaining their delivery service. After RR Donnelley, he worked for Sara Lee where, as Supply Chain Logistics Manager, he managed a >$50M annual logistics budget/spend. Next, as Supply Chain Optimization Manager for Fonterra USA, he developed and managed two supply chain teams to support the >$1B Fonterra North America dairy business. Before joining PLG, Larry worked eight years for global consulting firms to help clients optimize and transform their supply chain to compete and win in the dynamic market place.

Larry lives in the Chicago area with his wife and two children. He enjoys sports, working out and gardening.

Join the people behind our success

You are a subject-matter expert, project manager or analyst who has a strong desire to help clients, enjoys working collaboratively and thrives on applying your expertise and operational experience to design logistics solutions. Opportunities are available for both independent contractors and employed positions.

Jean is an accomplished career logistics executive with over 30 years’ experience in the rail, distribution, and transportation consulting industries. She has in-depth expertise in a wide variety of disciplines, including executive leadership, logistics/railroad network operations, budgeting, financial analysis, and project administration.

Ben is a registered Professional Engineer with over 35 years of experience in railroad design and engineering, including layout, materials, construction and operations planning, site selection, and infrastructure design. He has been the principal engineer on hundreds of rail projects, providing design guidance and construction oversight throughout the United States.

Phil has extensive hands-on senior-level experience in supply chain management, asset sizing, strategy, and network optimization gained from 30 years working with the Canadian Pacific Railroad where he was responsible for development and execution of the $5 billion revenue plan. Phil has specific experience in developing crude by rail supply chain solutions, including asset optimization and pipeline terminal development.

Jay is an analyst with a mechanical engineering degree who uses his sharp analytical skills to put together detailed, fact-based research. He has experience running the logistics for an ethanol marketing company and working closely with the trading department.

Mike is an accomplished career logistics executive with over 30 years’ experience in the petroleum, chemical, and metals industries. He possesses in-depth knowledge in a wide variety of disciplines, including diagnostic assessments, commercial and operational logistics, logistics technology, and performance metrics across all transportation modes.

Roger is a career freight railroad executive with over 35 years of experience in Class I, short line, and regional railroad management and ownership. Roger brings to PLG his expertise in railroad operations, engineering, marketing, and safety.

Joe has over 40 years of experience in sales and operations in transportation.  He has significant experience in how the international supply chain  works from placing purchase order thru making ‘final mile’ delivery.  Joe has worked domestically in regional and corporate positions, and also with ocean carriers heavily involved in Transpacific, North European and Mediterranean trades. His decades of  international experience include extensive travel in Europe, China and Southeast Asia.

Russ has over 30 years of broad business experience with a focus on logistics and supply chain strategy and performance.  His expertise includes the strategic sourcing of transportation services including rail freight, railcars, bulk liquid terminals, intermodal facilities and global container services.

Jim has over 25 years of experience connecting local and final mile industry to shippers and intermediaries. Always in touch with emerging technologies in a broad range of modalities, Jim has had executive-level responsibility in operations, accounting and business development, often exceeding financial targets.

Larry is a respected leader in the rail transportation industry with expertise in sales, marketing, strategy development and risk management. In his 40+ years of engagement across multiple business lines, including the chemical, energy, industrial and petrochemical market segments, Larry has assisted major shippers in improving operations and creating competitive strategies to support market leadership and low-cost distribution.

Phil began his career in refinery construction and engineering before moving on to commercial and engineering leadership roles for Chevron’s byproducts business unit.  He led sales for all of Chevron’s US refineries and advanced to include refinery operations planning, capital investment strategies, investment analysis, cap and ops budgeting and contracting. Further, he managed the sale of fuel grade and calcineable pet coke, sulfur and ammonia covering bidding and negotiating spot and term contracts, and price negotiations.

Jon is an expert in supply chain management, logistics, and planning.  He has over 25 years of experience in truck freight, small package logistics and supply chain. Jon has strategically sourced over $150 million in dry van, TL, LTL, bulk, rail, and specialized logistics spend.  He has also designed comprehensive logistics models for major global and domestic retailers, distributors, and manufacturers.

Jeannette is a site selection professional with  experience in the North American aerospace, automotive, energy and chemical industries.  Having worked nearly 20 years in her field, Jeannette has become an expert on all aspects of site selection and economic development including site identification and evaluation, and incentive negotiations.

John is a 25 plus year veteran in the transportation of crude oil, liquid chemicals and dry bulk materials including oilfield deliveries across all of North America. He has a deep knowledge of the trucking industry with experience in operations, sales, marketing, administration and pricing. In one of his General Manager roles, John was responsible for the sales and operations of five terminal locations with full profit and loss responsibility.  He has managed trucking and rig moving operations for 130 drilling rigs in the continental U.S. as well as the marketing and sales for those rigs. He has also recruited and trained personnel in day-to-day bulk truck operations. John has a well-round, expert, executive-level knowledge of the O&G, truck and chemical industries.

Eric is a senior manager with over 20 years of experience analyzing, developing and managing rail-based transportation services. He has developed and managed a $200M portfolio of business and clients for both import and export of bulk and liquid commodities, including fertilizers. Eric brings his experience in supply chain and project management to his research and development of the U.S. market for granular SOP.

With over 20 years of experience, Doug is an expert in rail, trucking, warehousing, plant production and terminal operations. Putting his MBA to good use and working with cross-functional teams, Doug has actively negotiated rail contracts that have saved over $12M annually and provided key support for numerous railcar business initiatives. In addition, Doug authored rail strategies to improve operations, reduce costs and ensure improvement sustainability across organizations.

Roberto is a respected energy, chemical and petrochemical professional with extensive marketing, strategy and sales development experience in the petrochemical industry. Throughout his 20+ year career around the globe, Roberto has demonstrated a long-term record of outstanding results, managing a wide range of projects from shale gas to cost competitiveness analysis and asset evaluation.